Immigration and Customs Enforcement (ICE) has been in the news quite a bit since the Trump administration came into office. Less covered than the stepped-up deportations, however, has been the surge in what are known as Form I-9 audits, in which ICE inspectors review businesses’ documentation regarding the work authorization for foreign employees.

I-9 audits can be consequential for employers who fail to comply with the law. Fines for failed I-9 audits can run into the tens of thousands of dollars, and repeated willful violations of the law could even lead to criminal prosecution in rare cases.

Here’s a look at the I-9 audit review process, as well as advice from experts on how to proactively prepare for an I-9 audit if your business receives a notice of inspection from ICE. 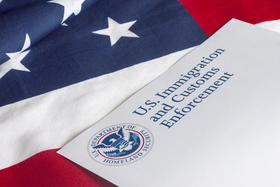 Employers who hire foreign nationals are required to fill out and maintain the federal government’s Form I-9, which demonstrates work authorization status for each foreign employee. While employers are required to maintain and update these records accordingly, many small businesses are not required to submit any documentation to the government unless they are subject to an audit. As a result, many small businesses allow their I-9 records to fall out of date and sometimes become inaccurate, said Henry Mascia, an immigration attorney at Rivkin Radler.

“Larger companies have HR professionals that are trained in this area, and they usually do a very thorough job, but small businesses often don’t have that sense of urgency,” Mascia said. “They don’t have to file the I-9; they just have to keep it in their office. So, a lot of companies don’t have the sense of urgency that they should, and [despite the surge in audits] we’re not seeing many of them do a better job.”

Form I-9 requires you as an employer to verify the identity and employment eligibility of everyone who works for you. Even if an employee leaves, you have to keep their I-9 for at least three years from the date of hire.

ICE announced in a press release that the agency issued 5,200 I-9 audits from the start of the year through July 2018, which represented a fourfold increase in the rate of audits over the previous fiscal year. While that number is relatively small in the big scheme of things, Mascia said employers should be aware that the Trump administration has made stricter enforcement of immigration law a high priority and the trend should be expected to continue.

When you receive a notice of inspection (NOI), you have three business days to produce the I-9 forms for each employee. The government agency may also request an employer to supply supporting documentation, which could include a copy of the payroll lists, lists of current employees, articles of incorporation for the business and any related business licenses. The agency then reviews the forms and will either issue a violation or a compliance letter. 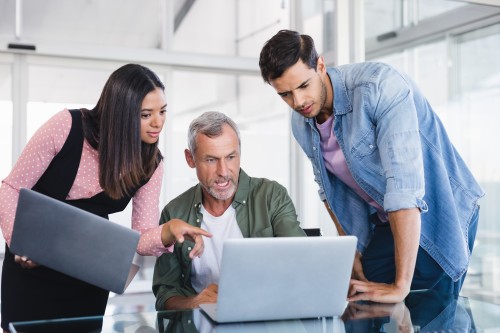 Substantive violations are the more egregious violations of the law, and these typically result in a fine depending on the nature of the violation. These violations include repeated and unresolved errors on Form I-9, willful distortion of facts or the submission of false documentation to ICE. The agency maintains a matrix of ranges for fines related to a variety of violations.

I-9 audits vary in the levels of fines they can impose. Depending on the severity of an employer’s violation, fines can reach into the tens of thousands per employee. For employers who repeatedly and knowingly violate the law, ICE could even begin criminal proceedings.

“Monetary penalties for knowingly hiring and continuing to employ violations range from $375 to $16,000 per violation, with repeat offenders receiving penalties at the higher end,” said Rob Basso, owner and founder of Associated Human Capital Management. “Penalties for substantive violations, which includes failing to produce a Form I-9, range from $110 to $1,100 per violation. In determining penalty amounts, ICE considers five factors: the size of the business, good faith effort to comply, seriousness of violation, whether the violation involved unauthorized workers, and history of previous violations.”

On ICE’s website, the agency maintains a fine schedule that outlines what an employer might be subject to pay for I-9 violations. The table reads as follows:

The first thing you should do when you’re targeted by ICE for an I-9 audit is contact an immigration attorney to guide you through the process.

“[Employers] have to have an I-9 for each employee; they risk a fine if they do not, but they do not need to produce the I-9s on the spot,” said Kerry Bretz, senior partner at Bretz & Coven. “They have three days from receiving a notice of inspection. Use that time to retain counsel. Counsel will try to have the inspection either at the offices of ICE or the lawyer’s office, not the place of business.”

Bretz added that unless ICE inspectors have a warrant, employers are not required to grant agency representatives access to their workplace. Instead, employers or their staff should accept the NOI, ask for a business card, and then take their three days to retain counsel and set a follow-up meeting.

During the meeting, Bretz said, employers have a few rights and obligations of which they should be aware.

“You need not answer questions, but if you speak, do not lie. It is a crime to lie to law enforcement,” Bretz said. “You can contest fines and have a hearing, often done telephonically. You can negotiate a lower fine or argue mitigating circumstances. However, once a business has been fined and told they must discharge unauthorized employees, they risk criminal penalties if they continue to employ the person or rehire them, knowing they are unauthorized.”

Prepare for an I-9 audit before you are noticed

As it is with most regulations, the best method is to prepare for an I-9 audit proactively. You might never be targeted, but if you are, it is important to demonstrate a good faith effort to comply with the law and remediate any errors that you might have made in capturing or updating Form I-9 information.

Mascia recommended conducting an internal audit on your own to catch errors that ICE would in a formal audit. For small businesses, this might mean going through every employee’s Form I-9, but for larger companies, selecting a handful of employees at random should be adequate. Internal audits also offer employers the opportunity to update any I-9s that might be inaccurate or out of date. If any employees require reverification of work authorization, an internal audit could be used to stay on top of that process as well, he said.

“If an employer doesn’t have system to remind the person responsible to reverify that authorization, they could be inadvertently employing people not authorized to work,” Mascia said. “It’s one of those things that slips through the cracks. It can be a lot to keep track of, so having internal procedures for reverifying employment authorization is critical.”

Overall, staying on top of Form I-9s could seem like a headache, but in the end, it could save you thousands of dollars. While the total number of I-9 audits remains relatively low, ICE is stepping up enforcement at an unprecedented rate. If your business could be a target of an I-9 audit, now is the best time to ensure your documentation is in order and up to date.